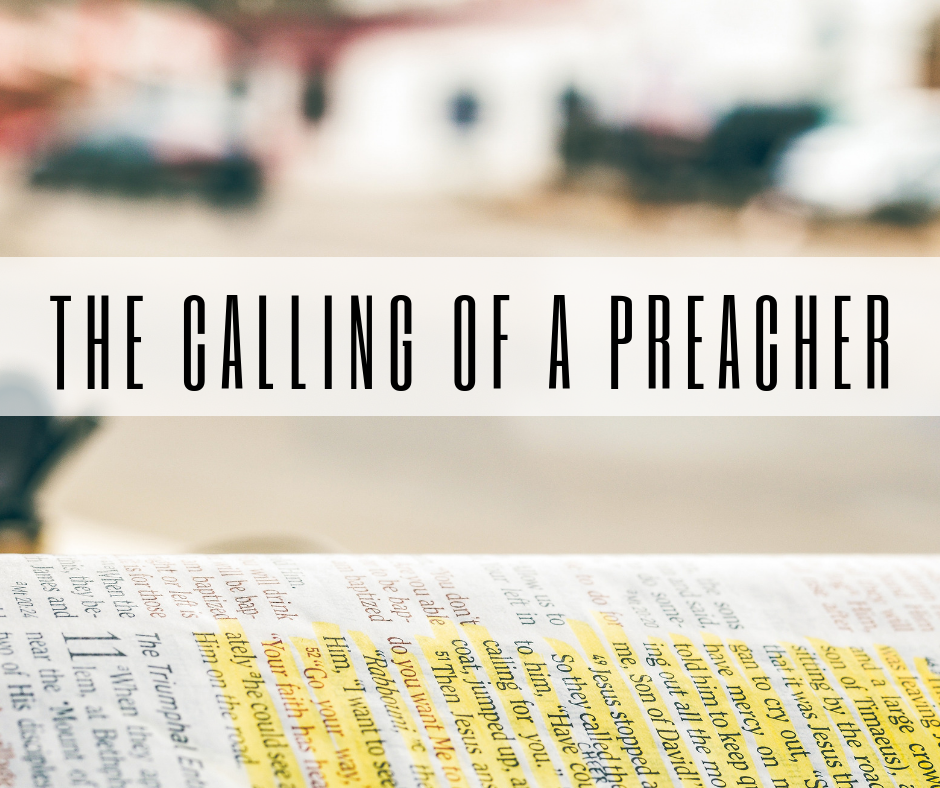 “I solemnly charge you in the presence of God and of Christ Jesus, who is to judge the living and the dead, and by His appearing and His kingdom preach the word; be ready in season and out of season; reprove, rebuke, exhort, with great patience and instruction. For the time will come when they will not endure sound doctrine; but wanting to have their ears tickled, they will accumulate for themselves teachers in accordance to their own desires, and will turn away their ears from the truth and will turn aside to myths. But you, be sober in all things, endure hardship, do the work of an evangelist, fulfill your ministry.”

We live in the very time that Paul is describing. A time where sound doctrine is no longer tolerated. A time where men and women would rather accumulate for themselves religious cheerleaders than Gospel preachers, self-help gurus instead of faithful pastors, and men who will readily sear their consciences with motivational speeches instead of preaching Biblical sermons. Unfortunately, this phenomenon has become the norm instead of the exception and I hold preachers personally responsible for this sinful drift.

Instead of preaching the Word as God intends, many pastors have given away their backbones to keep the people happy and attending. At the root of it, these men would rather gather larger and larger flocks of lukewarm followers to validate their own sinful egos than in being faithful to the call of God to preach. This leads convictionless men to water down His Word, sterilize it of its power, and replace it with something God has not inspired.

But thankfully, Paul provides a clear Biblical remedy in this passage. If you are a church member who loves truth, then Paul gives you ten criteria with which to judge the pulpit ministry of your pastor. If you are a minister of the Gospel, called to preach and teach this beautiful and precious Word, then humbly submit yourself to these ten simple truths in Scripture and repent where it is needed.

In today’s blog, we will focus on the first 2 criteria that Paul offers. In subsequent blogs, we will cover the remaining criteria.

“I solemnly charge you in the presence of God and of Christ Jesus, who is to judge the living and the dead, and by His appearing and His kingdom, preach the word - 2 Timothy 4:1-2a

The Biblical preacher is first and foremost under a solemn obligation to herald the Word of God and nothing else. This is not a trivial matter for silly men, but a holy and grave calling for those who fear God. And fear Him we must!

Notice, in this passage, Paul solemnly charges Timothy to preach the Word. If this were not enough, Paul also calls two very powerful witnesses to ensure that Timothy remains faithful. Paul calls the Father and His one and only Son, who will judge both the living and the dead when He returns, to personally hold preachers accountable to their calling. This ought to make many ministers, who play around with the Bible, tremble with fear knowing God is watching and is not pleased! The same is true for Christ, who will come and personally judge the wicked servant who leads His people astray with less than Biblical sermons.

Notice how Jesus describes this same reality in a parable He gave to His disciples. He tells them:

Who then is the faithful and sensible slave whom his master put in charge of his household to give them their food at the proper time? “Blessed is that slave whom his master finds so doing when he comes.” “Truly I say to you that he will put him in charge of all his possessions.” “But if that evil slave says in his heart, ‘My master is not coming for a long time,’ and begins to beat his fellow slaves and eat and drink with drunkards; the master of that slave will come on a day when he does not expect him and at an hour which he does not know, and will cut him in pieces and assign him a place with the hypocrites; in that place there will be weeping and gnashing of teeth.”

The point is simple. When Christ assigns a man to leadership over His Father’s house, He expects that man to do the work faithfully until He returns. If he does not, Jesus will deal with him personally and violently when He returns. This is not a trivial matter and is certainly worthy of repentance before it is too late.

This leads us to Paul’s second command.

2. Preachers are Called to Preach the Word

Paul does not command the man of God to be a good communicator of truisms, a winsome distributor of pithy anecdotes and one-liners, or to be a master on culture; He solemnly charges the man of God to preach the Word of God alone! He says to Timothy:

This means that the minister is not called to simply build nice messages around a text; his message must be thoroughly textual. His sermon, if you could cut to the heart of it, must bleed the very Words of God. It must be saturated with the Word and He must preach it boldly knowing that God’s words are always better than his! And since Christ is the true Word (John 1:1), and to the one to whom all Scripture ultimately points (Lk. 24:27), a Christian sermon must proclaim Christ and His redemptive work or it is not a Christian message.

On the contrary, how pleased do you think God will be with the man who wastes His precious time building introductions, conclusions, stories, jokes, and explanations of his own ideas, while only scantily mentioning God’s perfect thoughts in Scripture? Wouldn’t that man be like the wicked servant that Jesus warns about in Matthew 24? Do you think that God will not stand up as a witness against this man? Let God be true and every minister who plays with His Word a liar!

The call of God to preach is a serious call. If you are in a church where the man of God trembles over His calling and approaches the text with seriousness and devotion, then count yourself among the blessed! If not, pray for your pastor. Pray that God would humble Him, convict Him, and cause Him to repent before the Lord returns and it is too late.

If you are a minister who has abandoned your calling for worldly gain or the applause of men, repent. Your Lord will not so gentle that He will overlook your sins against His people when He returns. Repent, before it is too late, and preach the Word!