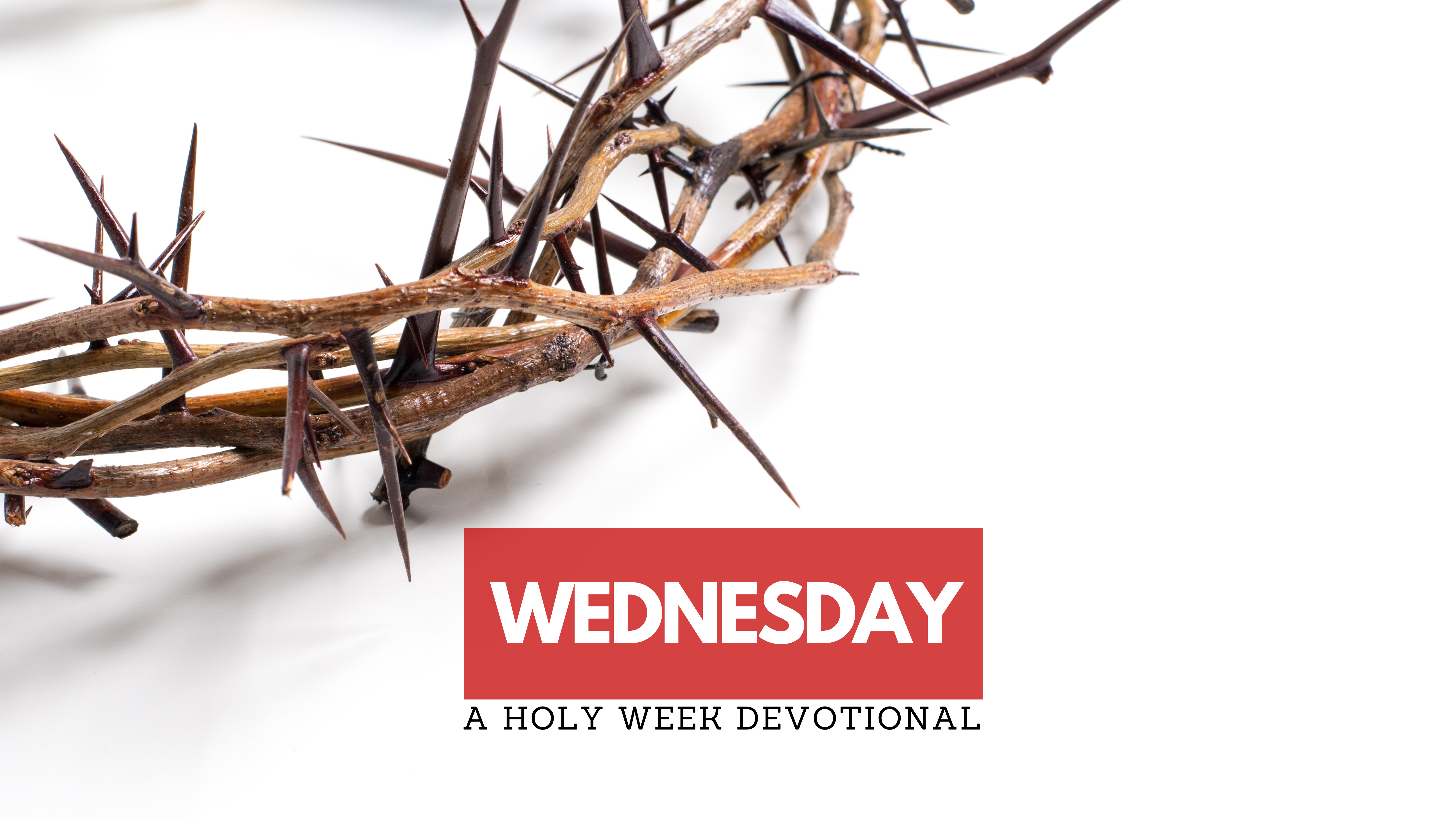 Over the weekend, Jesus established His final ministry outpost in the town of Bethany. From there, He has entered into the city several times for strategic and messianic reasons. On Tuesday, April 4th, 30 AD, around midday, Jesus entered the city to correct and overthrow the rampant hypocrisy that was going on in the temple. While praise erupted from the masses, the powerful consolidated their efforts against Him. Today, we explore what Christ did on His final Wednesday.

We can reasonably assume that Jesus and His disciples returned to Lazarus’ house on Tuesday night. After healing many sick in the temple courtyard it would have been late when He and His disciples arrived back in Bethany (Mark 11:19). This did not stop them from waking early and heading right back to the city for one of Jesus’ final showdowns with the Jews.

Before arriving again in the city, the group passed by the fig tree that was cursed on Tuesday morning (Mark 11:20). Peter apparently took notice and stopped the group for discussion (Mark 11:21). This occasion gave Jesus one of His final opportunities to teach His disciples, this time instructing them on faith, prayer, and forgiveness (Mark 11:22-26). When He was finished, they all made their way into the city and then onto the temple mount (Mark 11:27a). But, His teaching on this day was just beginning.

At the temple, Mark tells us that Jesus was confronted by the angry religious mob who had been planning His demise the night before (Mark 11:27b). Their charge against Him was leveled in a series of carefully worded yet wickedly volatile questions: “By what or whose authority are you doing these things?”

Jesus had a very important decision to make that would affect the timing of His death. He could tell them directly that God had already condemned them, giving the Kingdom to the tax-collectors and sinners (Matthew 21:31-32, 43), but that may have been too risky just yet. Instead, Jesus wisely leveraged the crowd that was standing nearby for this exchange, against them, before outright rebuking them.

Before answering their question directly, He gave them a quid pro quo. He offered them the following deal: if you will answer my question, then I will answer yours. By doing this, He was showing them who really had the authority and who did not. And, by their inability or unwillingness to answer Him, they demonstrated why God would soon be removing them (Matthew 21:24-25).

Jesus asked them: “Was the baptism of John from heaven, or from men? Answer Me?”, He said.

Jesus knew if they denied the baptism of John, they would lose their stranglehold on the people who loved John. But, if they affirmed him, they would look utterly foolish for wanting to kill Jesus (Mark 11:32). In this simple rhetorical move, Jesus put the Jewish leaders in an impossible situation that would turn the crowds against them regardless of what they chose. In the end, He humiliated them in their non-answer and delayed His death, once more safeguarding His demise until the just-right moment of Passover week.

JESUS CAPITALIZES ON THE MOMENT

Given that the Jewish leaders were now bound to begrudging public civility (since they could not kill Him in front of the crowds - Mark 12:12) Jesus took the moment to offer His strongest rebuke of them through two scathing parables. You can find these rebukes in the following passages:

The point of both parables was the same, the Jewish leaders were being removed from authority and punished by God for their lack of repentance. God had sent His one and only Son to them, and in the hardness of their hearts, they were going to kill Him. But in killing Him, He would become the new foundation (a cornerstone - Matthew 21:42-43) on which men and women would now be built up in faith. No longer would they need the priests and their laws, the Pharisees and their burdens, or even the sacrificial system that was not sufficient to save.

Jesus had come to overthrow more than a few tables. And through these parables, He demonstrated to everyone watching He alone had the authority to do it.

There had never been a time when the Pharisees had been so thoroughly challenged and yet so incapable of responding. Out of fear of the crowds they retreated for the moment (Matthew 21:46), but they were far from finished challenging Him.

Tomorrow, we will see part two of this confrontation along with Jesus and His disciples Thursday preparations for their Last Supper together. Check out our Facebook post tomorrow at 7:00AM or come back to the blog tomorrow for more.