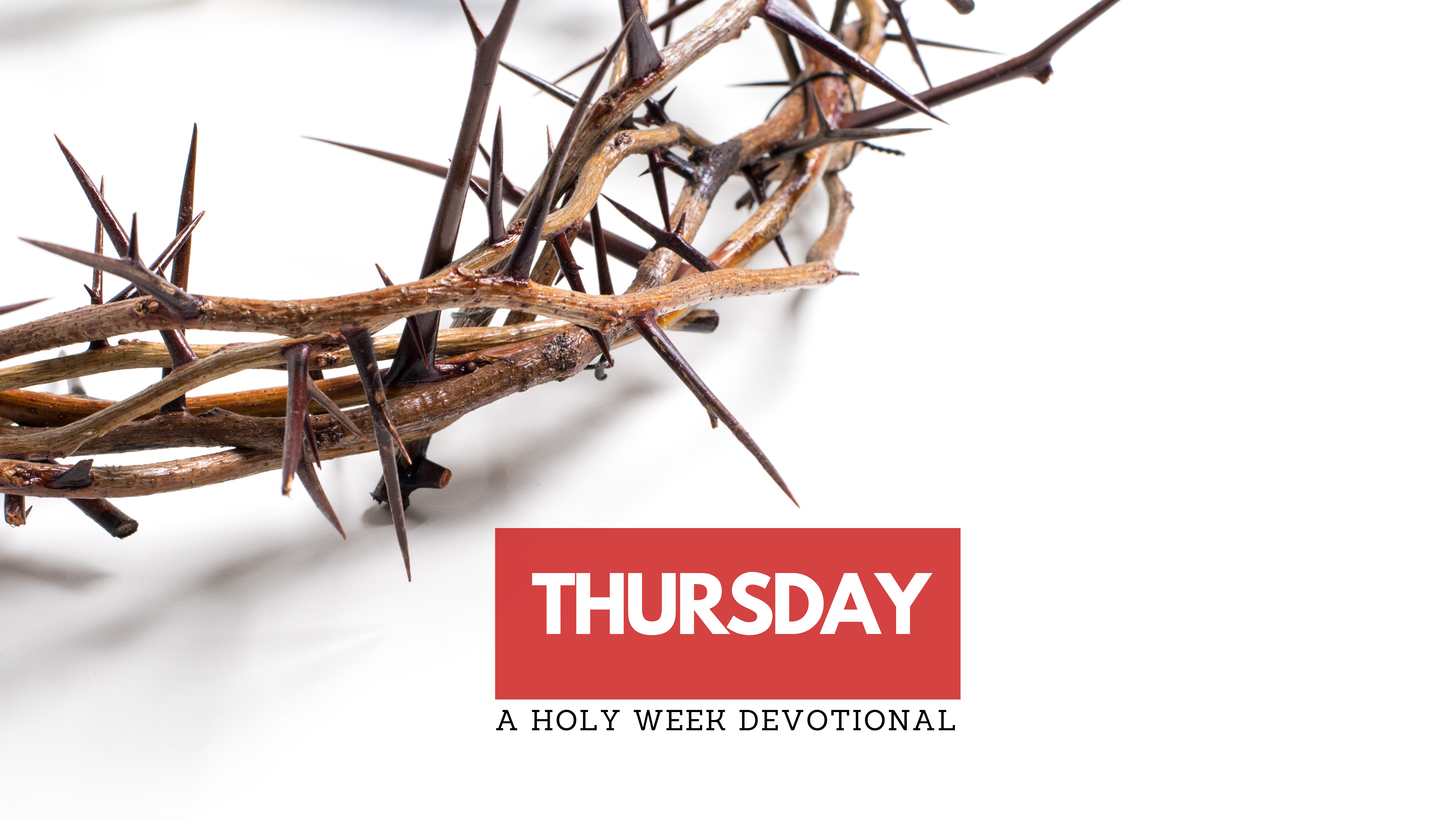 Over the weekend, Jesus established His final ministry outpost in the familiar town of Bethany. From there, He has entered into the city several times for strategic and messianic reasons. On Wednesday, April 6th, 30 AD, Jesus enters Jerusalem on a collision course with the Pharisee’s at the temple mount. This encounter leaves them temporarily humiliated, rebuked, and retreating. Today, on the final Thursday of Jesus’ life, we will see their response.

JESUS TEACHES ON THE TEMPLE MOUNT

There is no indication that Jesus left the temple mount on Wednesday evening and went back to Bethany. There is also no indication that He didn’t. Either way, on Thursday morning, Jesus was once again teaching the people publicly at the temple (Mark 14:1-2). This was happening while the religious leaders were sequestered secretly away, working diligently on a plan to trap Him (Mark 12:12; Matthew 22:15).

It was perhaps in this moment, early in the morning on Thursday, that Jesus taught His famous parable of the wedding feast (Matthew 22:1-14). The message again highlighted that Israel had rejected their God and His Kingdom would be given to the Gentiles. “For many are called, but few are chosen” (Matthew 22:14).

It is possible that while Jesus was teaching this very parable, a group of Gentiles arrived to listen to Him (John 12:20). This was only made possible by Jesus’ actions on Tuesday when He cleansed the Gentile courtyard of the money changers. Now, there was finally room for the nations to come to Him.

As Jesus continued teaching into mid-morning, His message began to shift to His impending death. He announced to the crowds, “The hour has come for the Son of Man to be glorified” (John 12:23), which was His way of alluding to the cross (John 12:32-33). For on the cross, our King would not only establish His dominion but would also draw all men unto Himself (John 12:32). An illustration of the world-wide scope of His salvation.

Not surprisingly, no one standing there that morning understood what He meant (John 12:34).

Jesus was so troubled, in fact, that He had to pause His public address in order to pray to His Father (John 12:27-28). It was then that God responded to Jesus audibly, but many in the crowds dismissed the account as mere thunder rumblings or angelic voices (John 12:29). The irony was thick. Israel was a nation that believed God can and did speak audibly on hilltops (e.g. Sinai), but shrugged it off when it happened right in front of them on the hilltop of Jerusalem.

This hard-hearted unbelief was the reason judgment was coming to Israel (John 12:31).

A RELIGIOUS DEBATE WITH GOD

At some point in the morning, Jesus’ teaching was interrupted by the entire assortment of Jewish religious leaders, who had come again to challenge Him. Normally, Pharisees, Sadducees, and Scribes were too busy arguing amongst themselves to accomplish anything meaningful, but on this day, they united in their hatred of Christ.

Their goal was to expose Him as a religious fraud, a messianic imposter, in front of the people. By doing this they would have substantiated their accusation that He had no right or authority to do or say the things He was doing or saying. But once again, they were left humiliated by His superior wisdom. From that moment on, no one dared to ask Him another question (Matthew 22:46).

While the religious leaders stood angry and silent, Jesus publicly and thoroughly denounced every facet of their failed ministry (Matthew 23; Mark 12:38-39). He reiterated the awful judgment that was coming upon the nation (Matthew 23:34-36). But, promised that the worst judgment would come upon these wicked leaders (Mark 12:40).

As Jesus was leaving the temple mount, around noon, He was filled with sadness and compassion for the city (Matthew 23:37-39). Judgment was coming and Jesus felt tremendously heavy about it.

Jesus left the temple mount to go down to the Mount of Olives. While moving in that direction, one of His disciples pointed out the wonderful buildings that made up the temple complex above them. Indeed they were wonderful! These buildings had become a marvel of the ancient world and a tourist attraction for all architectural aficionados. In a very real sense, the temple complex had put Israel on the map.

Perhaps the unnamed disciple was attempting to break the ice here. He had just witnessed Jesus’ scathing rebuke of the Jewish leaders and heard His teaching on the coming judgment. It is possible that he thought it a good time to talk about something more positive, like the pride of their nation, the Jewish temple.

But it is here that Jesus provides extra clarity on the coming judgment. He warns that the temple would be burned to the ground with no stone left connected. This obviously upset His disciples and spilled into the teaching that Jesus provided when they arrived at the Mount of Olives.

There He not only spoke of the coming judgment, it seems He took a couple of hours to teach His frantic disciples about the end times, which you can read about in Matthew 24; Mark 13; and Luke 21:10-38.

MEANWHILE... BACK IN JERUSALEM

We do not know how long Jesus and His disciples reclined at the Mount of Olives, but it was long enough for the religious leaders in Jerusalem to intensify their plans to kill Him (Mark 14:1-2). Formerly they were looking to arrest Him publicly, but after they were thwarted twice and humiliated by Him, they were now determined to seize Him secretly (Matthew 26:3-5). It appears that Judas had already approached them days earlier with his sadistic proposition (Matthew 26:14-16; John 12:4-6)

To the Romans, the new day began around midnight, much like the way we account for time in the modern world. But to the Jew, the new day began around 8PM, when the sun had fully set. This is important. Because as the little group finished eating the Passover, so Thursday came to a close. The rest of the events that happened this night are accounted, from the Jewish perspective, as happening on Friday.

So it is here we stop for today.

Tomorrow, we will see how the Passover meal ends in utter betrayal. How Jesus is arrested during a late-night prayer session, charged in a corrupt court proceeding, and murdered for a crime He did not commit. All of that and more, on tomorrow’s blog.