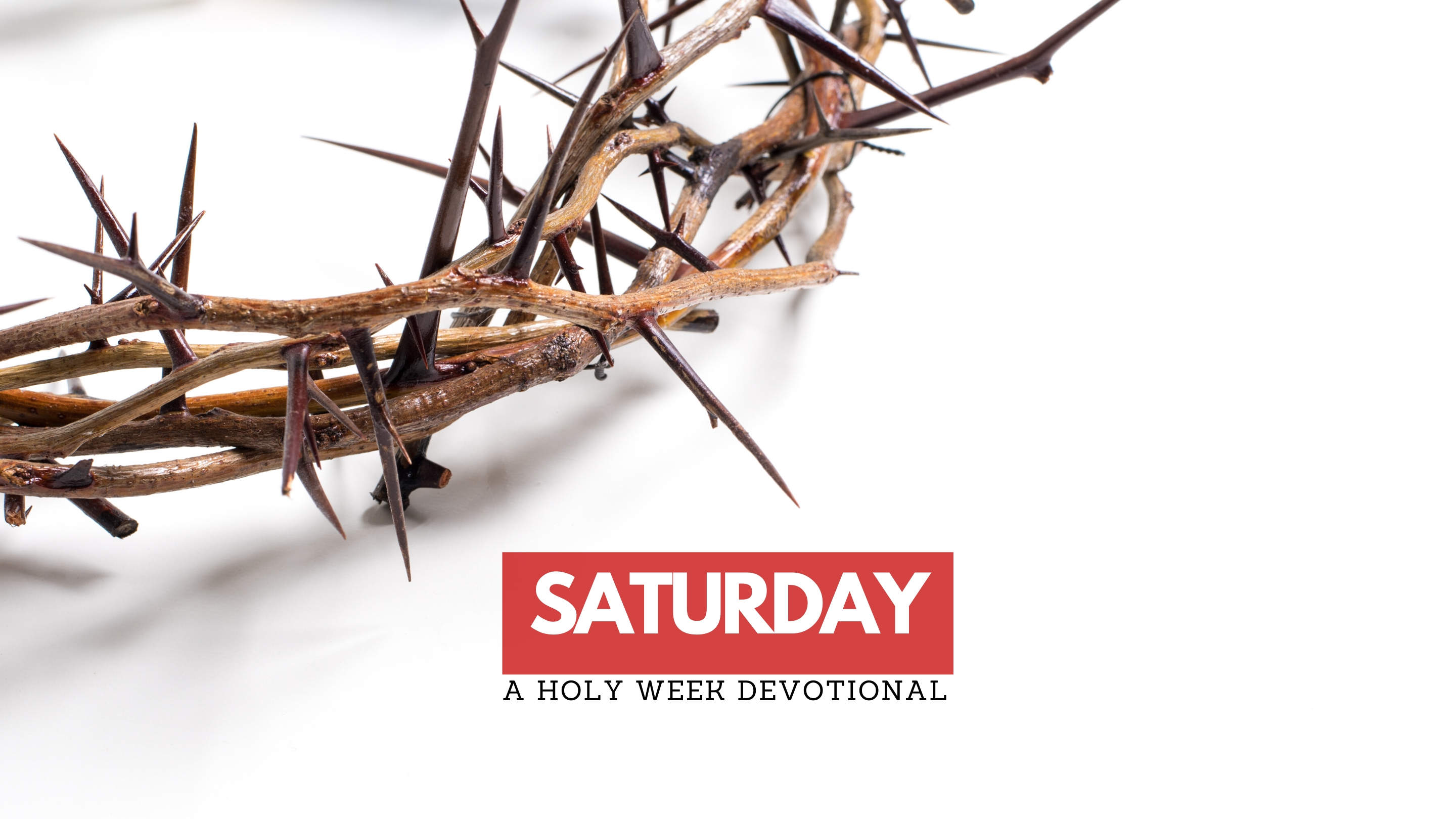 After overseeing the murder of Jesus, the Jewish leaders walked down Calvary’s Hill, into the city, and oversaw the most important religious festival in their calendar, the Passover. It would be like preaching a sermon hours after you have shot and killed someone. Their hearts were so hardened that this did not even register.

Like every other week before, the sun went down on Friday, Saturday dawned, and the city slowed to a halt for Sabbath. That is not to say that nothing happened on Saturday, it did, which we will explore below.

WHAT HAPPENED TO JESUS?

For the purposes of this devotional, I will not address those questions here because they are not addressed in the Gospel narratives, but if you are interested in the topic, I would recommend the following article.

JOSEPH OF ARIMATHEA was a wealthy aristocrat (Matthew 27:57), a respected member of the Jewish leadership community, known as the Sanhedrin (Mark 15:43), and a secret follower of Jesus (John 19:38). We do not know how long Joseph had been a follower of Christ, but it is clear that his first public act of service to His Lord, was to go to Pilate, get permission to claim Jesus’ body, and then to put Him in his own new garden tomb (Matthew 27:60.)

NICODEMUS, the well respected Jewish leader who came to Jesus by night in John 3, apparently became a disciple of Jesus at some point along the way. He joins Joseph of Arimathea to help prepare Jesus’ body for burial (John 19:39) by collecting all of the spices and linens needed for burial.

By the time these two collect Jesus’ body, wrap Him, and place Him in the grave, it is Saturday (The Sabbath). And since no work could be done on that day, whatever preparations they could not hastily complete, would need to wait until Sunday morning.

MARY (THE MOTHER OF JESUS) AND MARY MAGDALENE also play a crucial part in the narrative. In all of the commotion that was going on, Mary (Jesus’ mother) and friend Mary Magdalene, lose account of Jesus’ body. Mark tells us that they were looking around trying to find where He had been laid (Mark 15:47). This must have been a frightening experience for both of them. But, given that Joseph and Nicodemus needed to take care of the body rather quickly, it is not surprising that they got out ahead of both Mary’s. Once the two found the body, they busied themselves preparing the spices, which would need to be applied after the Sabbath (Luke 23:54-56)

THE JEWISH LEADERS awoke on Saturday morning with one important loose end still left to be tied up. They remembered that Jesus had predicted His resurrection on the third day. From their own testimony, they do not believe a resurrection of this nature is possible, but it did occur to them that someone might steal the body, hide it, and claim that He had been raised. They could not let this happen (Matthew 27:63-64).

To rectify the situation, the Jews visit Pilate in the morning and petition for the tomb to be guarded by Roman soldiers. Pilate authorizes this and tells them to use their own personal Roman guard (Matthew 27:65) to make it as secure as they can. They also sealed the stone, just in case someone made it past the guards, they would not be able to open the tomb (Matthew 27:66).

The day the world changed was Easter morning. Many had died by crucifixion. But only had ever been raised. Join us for our final installment in this Holy Week Series that covers the dramatic events of Sunday!