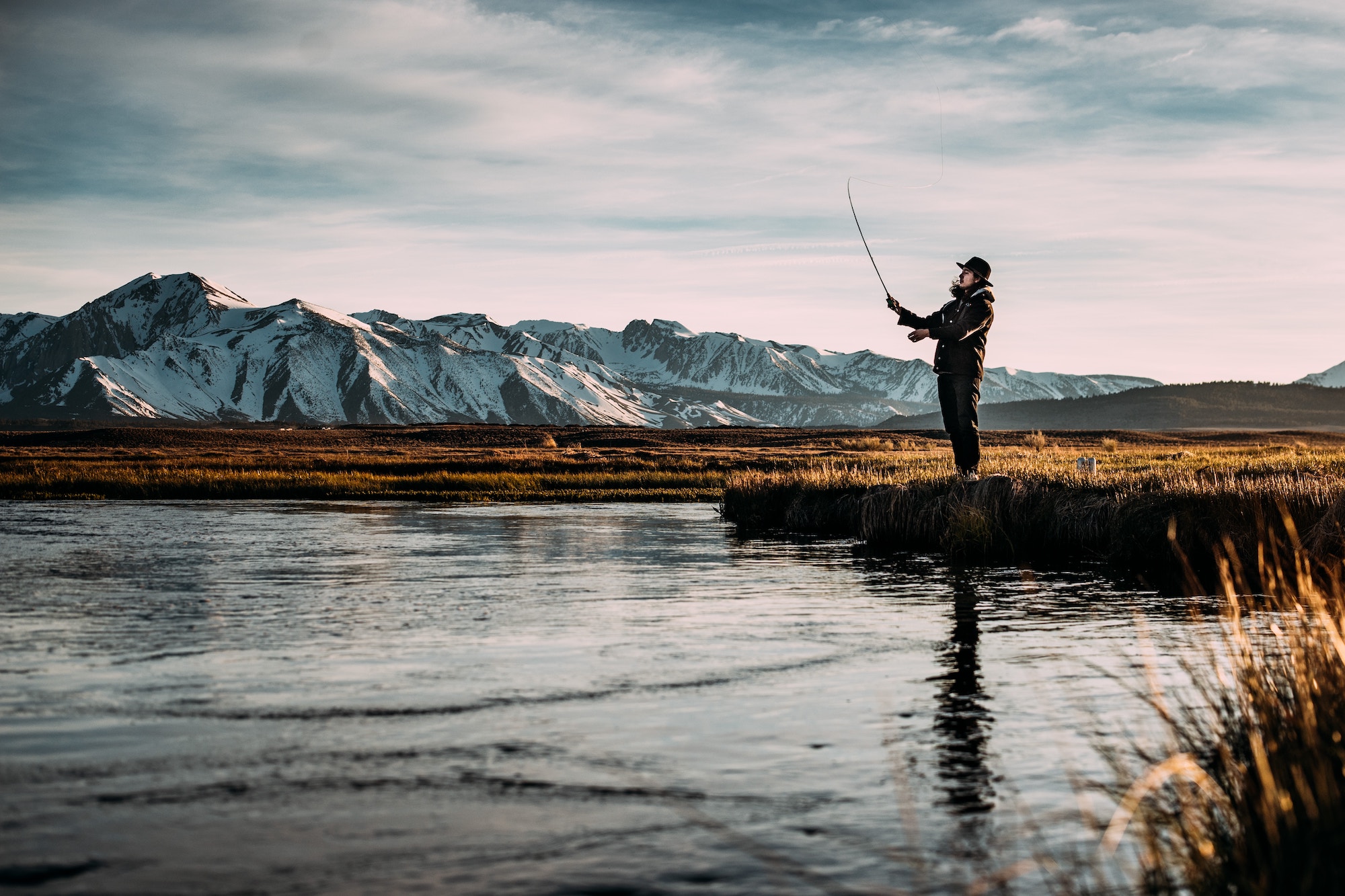 As a kid growing up, my grandpa and I loved to go fishing. That is one of the things we would do to spend quality time together and some of my fondest memories are in a boat or near water. We would fish in lakes, in rivers, off piers, and would even go miles out into the ocean and fish from sun up till sunset several times a year.

In case you have never been fishing, the entire enterprise is built upon deception and manipulation. A great fisherman will use the desires of the hungry fish against them. He knows exactly what they enjoy, and happily gives them exactly what they want, but with one major metallic twist.

The whole idea behind fishing is to take something good – something that the fish cannot resist – and then hide a barbed dagger inside of it that will hook them once they indulge. They catch the scent, swim up in ignorance, and soon are lead away to their tragic demise.

They are lured in with the bait, and then dragged away to the plate. The whole process is pretty gruesome.

THE BAIT OF SATAN

I think Satan uses this tactic with human beings as well. In the garden, Satan presented the shiny bait to Eve and she could not resist.

“For God knows that when you eat of it your eyes will be opened, and you will be like God, knowing good and evil.”– Genesis 3:5

He dazzled her eyes with something she wanted more than anything, to be like God, while hiding the barbed hook of guilt, shame, and death that would drag them away once they sunk their teeth in. The same is true for us today, Satan lures us away by our own unholy desires. He does not tempt us with things we detest but with the things we love more than God. Like a choice catch, we have been studied well, and thrown the exact right bait that attracts us.

In every temptation we face, the bait may change but the hook is always the same. Under every attractive sin is the hidden hook of death that Satan has cleverly disguised. Furthermore, every temptation we sink our teeth into, regardless of what it is, leads to the same outcome; pierced through and dragged violently away from God. We do not remain where we once were. Once the hook is set, we get pulled. This means, when we sin, we not only do damage to the relationship with God but we also allow distance into that relationship as well.

WHAT IS OUR DEFENSE?

When we talk about defending ourselves from this kind of Satanic attack, the only real defense is never getting on the hook! Sure, the Lord will be gracious to all who are in Christ. It is true that we will not be dragged permanently away from God. We will not be ripped totally from His embrace and thrown into the eternal flames.

But let us also ask this question: why would we want to go on living a kind of marginal Christianity that is constantly led by our passions, constantly falling to the next temptation, and incapable of refusing his bait? My goal in this article is to simply remind you, that in Christ, you do not need to bite!

SCRIPTURE DEFINES WHAT SIN IS

While none of us are perfect or fully sanctified, we would do well to have a Biblical view of sin. Scripture teaches us that sin is not a shiny treat we can nibble on in safety. Instead, it is a scourging plague that we must put to death before it puts us to death (Rom 8:13). Paul and others talk about sin as something we must detest, run from, and avoid at all costs because it is thoroughly dangerous to the soul of man! (Rom. 12:9; 1 Thes. 5:22; Heb. 3:13).

Church history is also replete with examples of men and women who knew this. For instance, the puritans, who through a thorough study of Scripture, made vivid claims as to the nature of sin that we would do well to examine. For instance, in his great book, Precious Remedies Against Satan's Devices, Thomas Brooks says:

"Sin is a plague, yes, the worst and most infectious plague in the world; and yet, ah! how few are there who tremble at it--who keep at a distance from it!" - Thomas Brooks

Again, all of us will fall to sin. We will bite one of Satan's baits even before the sun goes down today. But understanding what sin is will not produce a cavalier attitude. We will not embrace our sin, welcome our sin, and settle into our sin. Knowing what it is will produce a hatred for it. Knowing how it drags us away from God will incite us to make war against it. And knowing how weak we are will produce a humble desire to avoid it at all costs.

We know from Scripture that sin is spiritual poison. Because of this, we should never consider the temporary pleasures it provides as a reason for giving in. Just as the bait tastes pleasing in the mouth, the hook will always follow. In the same way, all of the pleasures and promises sin makes will quickly fade into soul eroding sorrows, miseries, and shame that hang around far longer than the momentary enjoyment. Just like a cup of poison may go down sweet at first, its effects will soon wreak havoc upon the fool who drank it. Therefore, we must avoid sin vigilantly! How?

One of the best ways to fight sin in your life is by refusing the pleasure it promises and trusting that a greater, better, and more fulfilling pleasure can be found in Jesus Christ. He will satisfy the soul! He is who we must flee to when the dangling bait is presented to our soul.

Finally, we should avoid sin because it gives Satan free reign to accuse us. In fact, his name, “Satan”, in Greek actually means “the accuser”, which is more than an appropriate title for him. So when we sin, we forfeit our ability to flee. We lie helpless on his hook, not only reeling from the guilt and shame of it, but forced to listen to his accusations.

He lies with a silver charming tongue while tempting us and then pummels us with scathing lips once we have fallen. Like a concentration camp for captured soldiers, sin gets us caught behind enemy lines awaiting torture by our captor. And like an accused criminal being interrogated by a detective, Satan hurls insult upon insult, accusation upon accusation, as you sit cuffed in his company.

Our best defense is not to go to war with him on the hook, but to never take his bait.

THE GRACE IN AVOIDING SATAN'S BAIT

And when we avoid sin, the Bible makes a wonderful and beautiful promise. It says that Satan will actually flee (James 4:7)! Like a fisherman no longer getting bites, he will eventually reel in those old baits and move along to other waters. The point is this, when we give into sin now, we should expect more temptations in the future. As long as we will go on biting, he will keep on casting.

But, if by the Spirit we avoid sin, we should expect that he will flee. And when he flees so does the distractions, guilt, shame, and accusations that attacks us with. When we flee sin he flees us. And when that happens we will have a renewed sense of joy and passion for God and a renewed energy for serving Him.