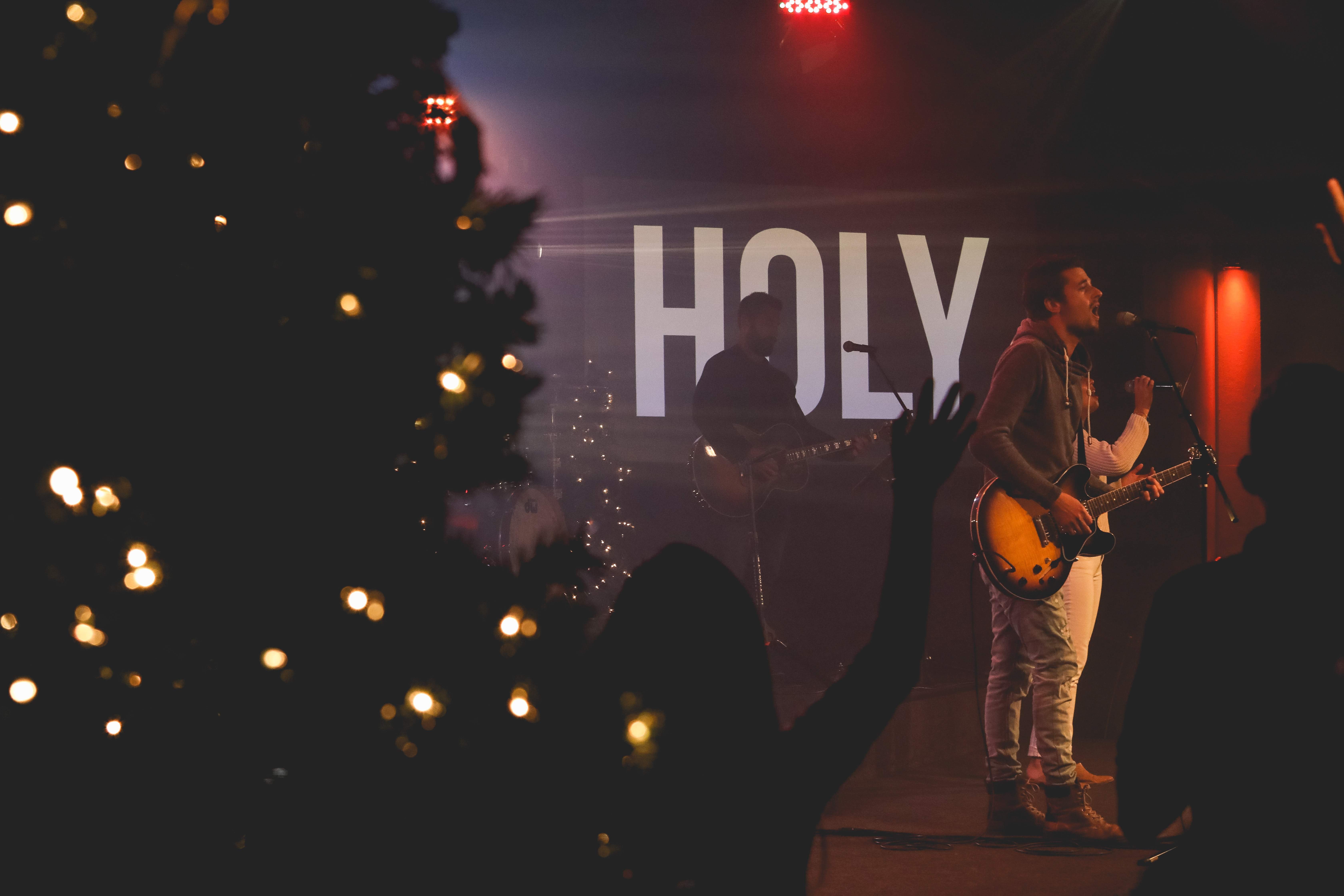 While they were there, the days were completed for her to give birth. And she gave birth to her firstborn son; and she wrapped Him in cloths, and laid Him in a manger, because there was no room for them in the inn. - Luke 2:6-7

Part of the glory of the Biblical Christmas comes from the seemingly inglorious nature of it. When God came down to dwell among us, He did not come to the palaces with the finest linens. He was not even welcomed to the world that He created.

He was denied a room at a fleabag motel. He came as a lowly child, born on the wrong side of town, to an unwed teenage mother. He was wrapped in strips of shabby cloth, and placed in a manger (a feeding trough for animals). And none of this was by divine oversight; this was the exact way God chose to introduce Himself to the world. And it was glorious and perfect just the way He did it!

But this is also where it gets a little confusing.

Because while God chose the meek and mild, churches all across this country will put on fantastic shows and spectacles that look nothing at all like the Biblical Christmas.

Tonight, millions of dollars have been spent on cliche ornaments and decorations instead of on missions. Tons of volunteers will be deployed to decorate a space instead of being equipped and sent out into the world to do evangelism... Churches will neglect good stewardship of money given to instead buy hot chocolate and fattening cookies.

Expensive lights will be hung to shine on the well dressed, talented, and beautiful people who rock the stage instead of using that money to feed the people like Mary and Joseph (homeless, poor, and unwelcomed). Excellent and highly choreographed music will be sung in a concert style arena that does not even remotely resemble the humility of a stable!

This Christmas, church staffs will be exhausted, volunteers will become burned out, carnal people will be entertained, but not enough to come back until next year. The only thing missing will be the objectivity to ask:

“Is this really what God wanted?”

The spectacle of Christmas is not found in the attention-seeking, crowd-drawing, tactics of the modern American Church. The spectacle of Christmas is found in the person of Jesus Christ. God was born in human flesh and that is why the Shepherds came and sang. That is why the wise men took their journey. That is why stars stopped motionless in the sky and why the well-to-do wanted Him dead.

Emmanuel, God with us, has always been enough! That simple truth will thrill the heart and shake the soul to its depth and nothing at all is needed to improve it. We do not need any of the gimmicks and cheap plastic trees to add anything to Him. In fact, these worthless items only detract us from His beautiful subtlety.

As Dustin Benge has recently said:

This Christmas, let the true spectacle of Christmas be Christ alone and nothing else.